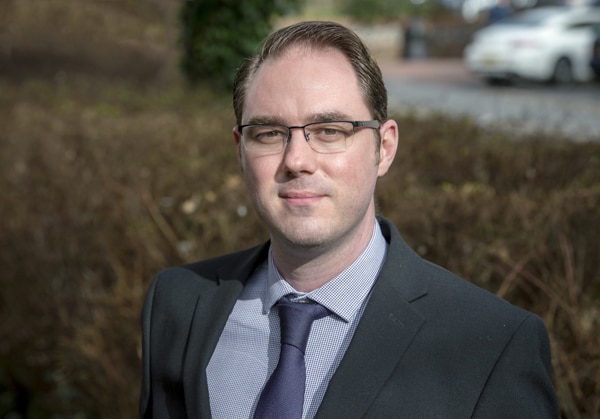 Liam joined the firm in 2018, taking on the role of IT Manager at the time, before becoming the firm’s IT Director.  He has a degree in Software Engineering (Hons) and ran his own software development house before joining the firm.

During late 2001, Liam side-stepped into IT, choosing to work for a pre-employment screening agency.  In 2004, he entered the legal sector and became the IT Manager for Wynne Baxter, and was instrumental in the firm’s IT merger with Mayo & Perkins, forming Mayo Wynne Baxter, where he headed up a team supporting 9 offices.  He left the firm in late 2009, and took the role of IT Manager for Rawlison Butler; he remained with the firm for over 7 years, completely overhauling its IT infrastructure and driving forward operational efficiency.  Following another merger, he became the IT Manager for DMH Stallard before leaving the firm to join Bennett Griffin.  With over 20 years of experience in IT Management and legal IT, Liam is continuously developing Bennett Griffin’s IT capability, ensuring that the firm is well placed to embrace the economic challenges ahead through the correct application of technology.

When away from the office, Liam enjoys burying his head in his own world, having published five fantasy novels globally, with a sixth in the works, and is now an Amazon Best Selling author.  Liam also enjoys web applications development – being an accomplished software developer – and likes to spend time tabletop gaming, sword fighting, paintballing and wind surfing, albeit the latter two are more of a distant memory now, given the challenges of raising an extremely active son with his wife.